In Art Collecting
By Leo Barton

The History and Legacy of Futurism

As the world moved into the 20th century, industries raged, there was a continued mass migration towards cities and the world as we know it today was being, both physically and socially, constructed faster than it ever had been before. The Futurists were ready for this change, and wholeheartedly embraced it. However, with this embrace, came a darker side. 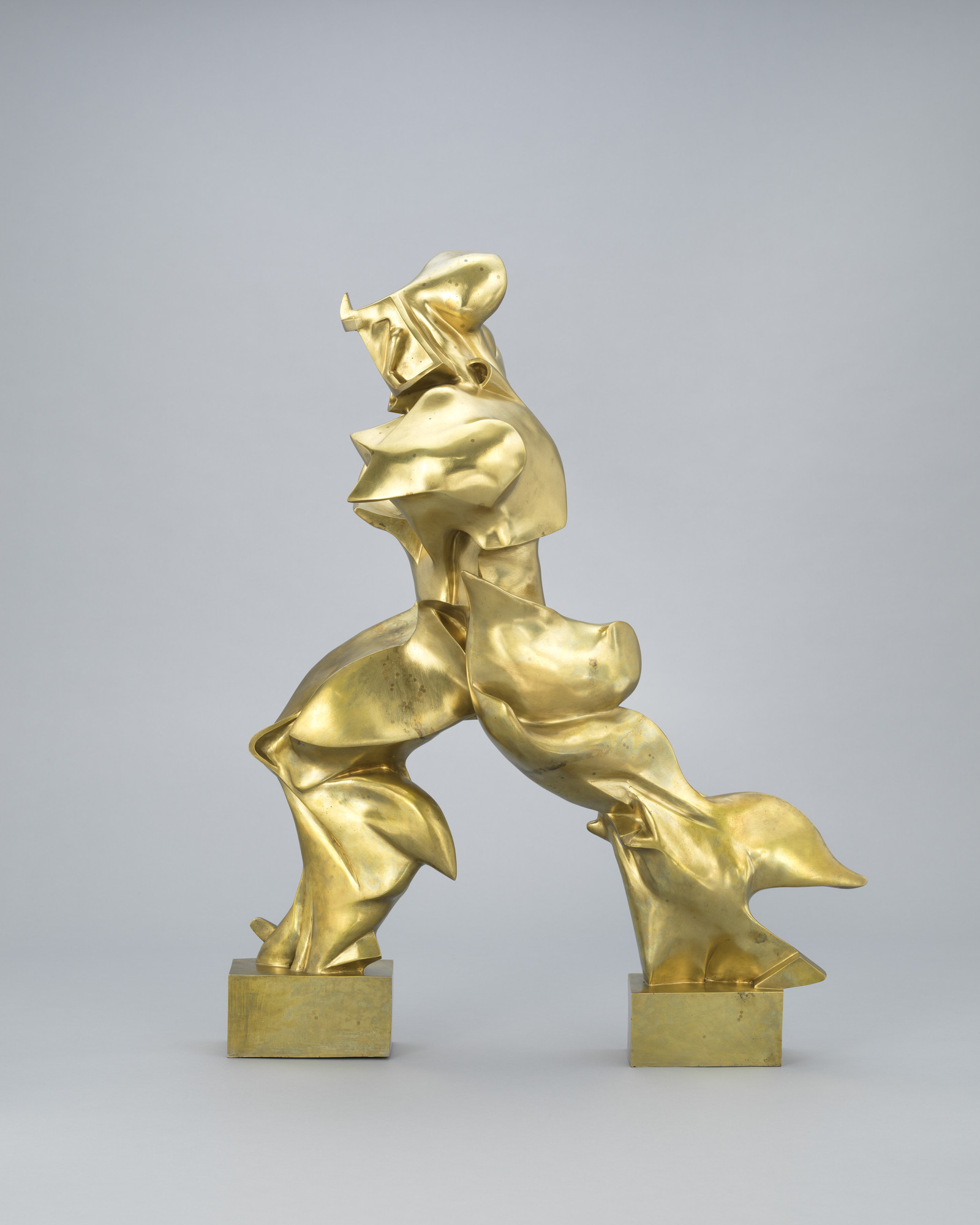 As a group in the Italian avant-garde brought together by poet Filippo Tommaso Marinetti in 1909, the Futurists were obsessed with the speed and dynamism of the modern world. They were relatively well versed in the latest developments in science and philosophy, had a keen interest in emerging aviation and cinematographic technologies, and wanted to express this passion to move into a mechanised, youthful future in all the arts they touched.

Most regarded among their works are painting and sculptures—such as Giacomo Balla’s Dinamismo di un Cane al Guinzaglio (Dynamism of a Dog on a Leash) or, what became the epitome of the movement, Umberto Boccioni’s Unique Forms of Continuity in Space. Although painting and sculpture remain the most celebrated of their arts, Futurism touched many different forms. Antonio Sant’Elia pioneered Futurist architecture with his drawings for La Città Nuova (The New City) while others took the ideologies into music, dance, literature, poetry, graphic design, textiles, drama and cinema. The movement even developed concept for the new art of aeropittura or aeropainting which sought to present the world from a birds-eye view provided to them by the new invention of flight.

A Turn to Fascism

However, beyond Futurism’s advocation for a modernised present, they extended themselves deep into the political sphere becoming one of the most politicised art movements to date. Notably, its founding members were strongly patriotic anti-democratics, who supported the use of violence in attaining such a future. 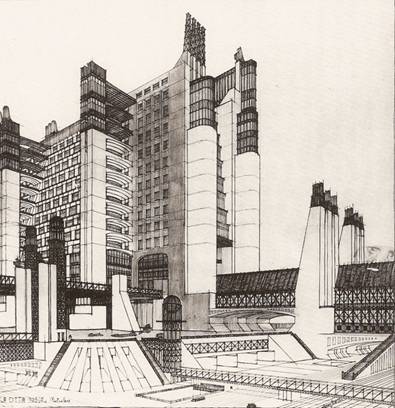 This political slant lead Marinetti to found the Futurist Political Party in early 1918, which promoted a radical program of reforms from gender equality, abolishing marriage and deconstructing the political police.

As Benito Mussolini’s fascist party (Fasci Italiani di Combattimento) rose to prominence in 1919, the Futurist Political Party was absorbed making Marinetti one of the first members of the National Fascist Party while, at the same time, solidifying futurist art as an icon of Italian fascism.

Throughout the movement, due to their incredible passion for political action many of the group’s members enlisted to fight in both World Wars. Of course, this resulted in the untimely death of many of the key artists. For example, Umberto Boccioni, whose work is among the most recognised of all futurists, was trampled to death after falling from a horse during his military training. After the Second World War, Futurism faced a dilemma. Despite its many innovations across countless art forms the movement’s art was inextricably linked to the now felled Italian fascist movement. Although there was an attempted revival of the movement’s key ideals by il secondo Futurismo (Second Futurism) writers in the 1960s, which shared the ideals of modernist optimism, the movement is widely considered to have died in 1944 with the death of its founder and helmsman—Marinetti.

The legacy of futurism can be felt far and wide throughout the 21st century with it seeping into many popular works—from Blade Runner and Akira to the transparently named Neo-Futurists of theatre and architecture.

While the vast majority of these more recent reimaginings of futurist ideals are, generally, disinterested in the movement’s political tendencies it is forever questionable whether one can wholly disconnect artistic ideals from those of its creators. As such, it’s well worth asking the question are contemporary futurists fascists?

A useful point of call here would in fact be looking back to contemporaries of the original movement, but on the other side of Europe. Russian Futurism began soon after Italian Futurism, adopting many of Marinetti’s ideals and running with them. However, as the movement quickly evolved through countless different art forms (much like its Italian counterpart) it became wholly distinct leading the movement to denounce Marinetti—even physically disrupting Marinetti’s attempts to spread his influence in a 1914 visit to the country. This Russian movement didn’t have fascist, or even explicitly political, ideals at its heart, even though after its dispersal post-1917 many of the movement became part of the Soviet establishment.

In such a way, it’s clear that the ideals of futurism needn’t be fascist or even politically radical in nature.

However, today, as pointed out by WIRED’s Rose Eveleth, Futurist is a title used to refer to scenario builders, people with strategic foresight, science fiction writers or consultants to businesses—in other words “Futurists focus largely on technology”. In this way, she argues that perhaps searching for artistic Futurism in the contemporary world is searching in the wrong places.

Instead, Eveleth suggests that perhaps technology moguls such as Elon Musk or faceless corporations such as Google, Amazon, Motorola Solutions and Thomson Reuters may be the ones we should be scrutinising about holding futurist ideals and, as such, a potential leaning towards political fascism. In fact, with many of these companies working with international governments on solutions for deploying facial recognition, assisting in activities which go against human rights, and even profiting off deportation/internment camps, perhaps looking to the art world for the source of contemporary futurist fascism is wholly misplaced.

While Italian Futurism is an extremely influential, well regarded and quintessential movement within modern art history, we can be thankful that the shockwaves it still sends through the art world are, at least seemingly, free from political agendas. But, that said, it’s important to recognise the fact that Futurism wasn’t merely an artistic phenomenon, but was more a modernist philosophy which promoted a faster, more efficient, mechanised future at all costs—materialising as “a church of speed and violence”.

In such a way, many modern futurists are unlikely to exist within traditional art forms, or the arts at all. Instead they may lie embedded within multinational companies, or at their helm. After all, if an artist were to look back and cite the Italian Futurists as great inspiration, well, that wouldn’t be very forward-thinking, would it?

Everything Artists Need to Know About Fine Art Insurance By Jonathan M. Clark

Misunderstanding Art as the Occult: Marina Abramović’s accusations of Satanism By Leo Barton