Closer Look at John Singleton Copley’s Head of a Negro 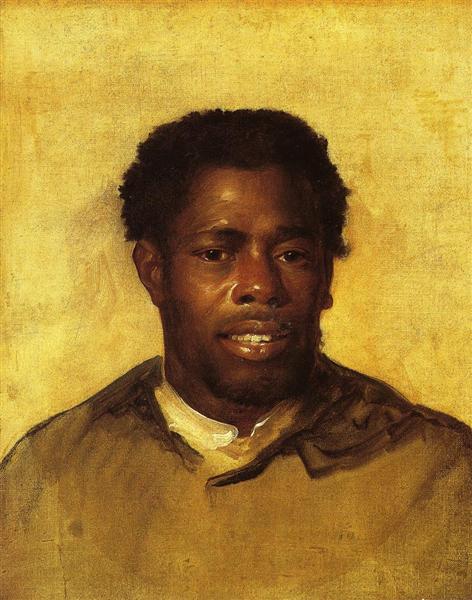 Head of A Negro, John Singleton Copley - Available to Be Viewed at the Detroit Institute of Arts

It's closed beta user testing time and I had so much fun with one user who saw both the following piece and Watson and the Shark during our review of the app together. 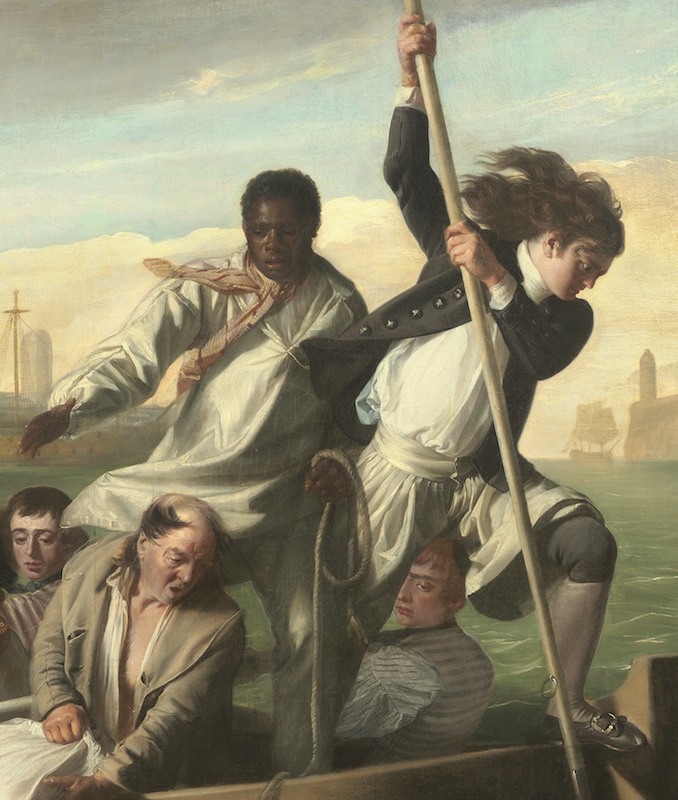 In the second portrait of the man, Copley painted the figure in "figure a place of particular compositional importance, and he alone holds the rope that links the victim to the boat."

According to the Chicago Tribune's Michael Kilian, "The boatmen struggling so heroically to keep the shark from Watson include a black seaman, prompting many to wonder if he symbolized a hatred of slavery on the part of Copley.

The theme of the picture is overall one of independence, defiance and struggle, leading to one theory that Copley, an avowed Tory, might secretly have been a supporter of the American Revolution."

CUNY Chair Margaret Rose Vendryes wrote that prior to this painting being commissioned, Watson met Phillis Wheatley at a gathering given in her honor in London. As the Lord Mayor, he presented her with a copy of the 1770 Glasgow folio edition of Paradise Lost. She writes, "Not only did Watson acknowledge the talents of this negro woman in a public setting but allowed this gesture to be immortalized for future generations. This could be a clue to Brook Watson's attitude towards the negro as an individual, seen in a totally different light from that of slavery's economic gain."

In an unpublished letter (until 1979), Wheatley directly states that her meeting with Watson and others in England led to her freedom. She states:

I should probably keep writing something to come up with some strong conclusion, but I don't want to speculate. These are the facts as far as I could find and you can make up inferences as you see fit.

The Art Patron: Art under Socialism versus Capitalism By Andromeda Maximoff

Brown Furniture: Will It Make A Comeback? By Ebonique Boyd